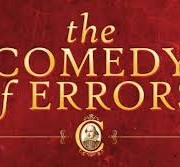 We have been to The Quarterhouse in Tontine Street to watch a shortened version of A Comedy Of Errors originally written by William Shakespeare and adapted for children. The story is about two sets of twins each getting separated shortly after birth and then finding their siblings later in life, which causes lots of confusion. It … Continue reading →

Owls had lots of fun completing a range of practical activities on repeating patterns. I…

This week in Science we have been thinking about waterproof materials. On Thursday, Owls received…

This week in social club we have made Christmas glitter plants. The children loved using…

Today the children acted out  instructions for being an explorer.  As a class, we decided…