The whole school enjoyed this day as they explored Narnia and the Easter story in great detail, creating a different piece of work in each of the 7 class rooms. The children were split into vertical groups across the year groups, so each group had a mixture of Year 6 down to Ducklings and below are details from each class. 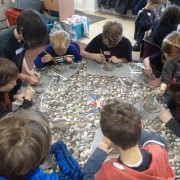 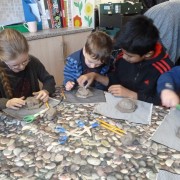 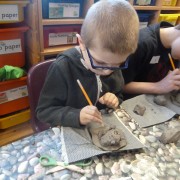 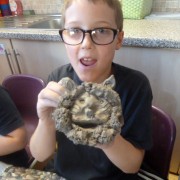 We were very lucky to be joined by a sculptor who taught all of the children how to create a clay model of Aslan’s (the lion from Narnia) head. We used different tools and techniques to create texture. Each head will be fired in a kiln and then bought back to school to be painted at a later date. 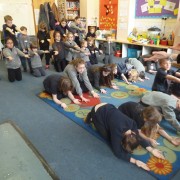 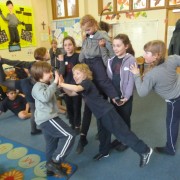 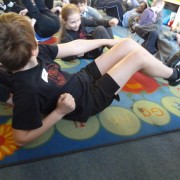 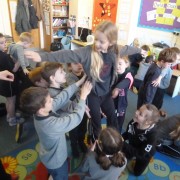 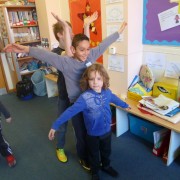 We used 4 corresponding sections of the Easter story and Narnia to create a dance. Everyone was taught the same piece of choreography to represent worship. Then working in smaller groups everyone choreographed their own section to show mocking. We thought about what gestures could represent mocking and how these could be added to/made bigger to create dance moves. Then each of these groups created a tableau, connecting each other, to represent the stone table or the cross before finishing by rising again.

We talked about temptation, how Peter gave in and denied Christ and compared this to how Edmund gave into temptation and ate the White Witches Turkish Delight. We coloured in Holy Calendars whilst  being tempted by plates of marshmallows if the children could resist until the end of the colouring they got a marshmallow and earned a chocolate Turkish Delight too! It was very hard to resist! 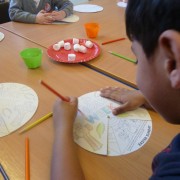 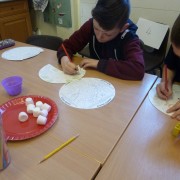 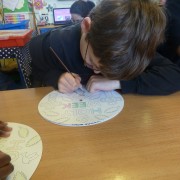 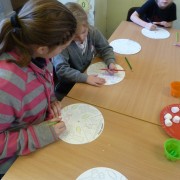 We compared the time that Jesus had in the Garden of Gethsemane preparing himself with his disciples with when the White Witch comes for Edmund and Aslan agrees to die for him but tells no one. We then created fabulous crayon pictures of Aslan. 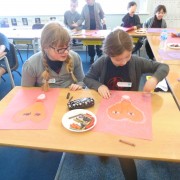 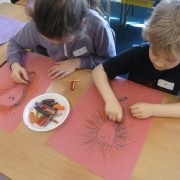 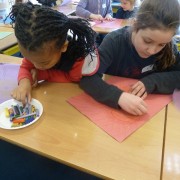 We looked at the Crucifixion and compared it to the death of Aslan on the stone table. We then put together and coloured beautiful crosses telling the story of Jesus’s Crucifixion. 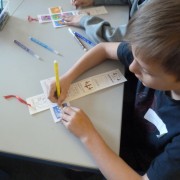 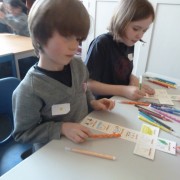 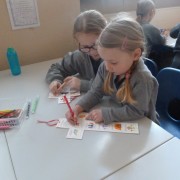 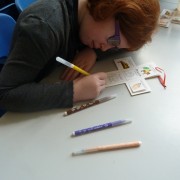 We talked about the death of Jesus and the death of Aslan and how whole the earth reacted. We created beautiful pastel sunrises to symbolise the dawning of a new beginning. Over this we placed a ripped curtain to show what happened in the temple at the moment of Jesus’ death. 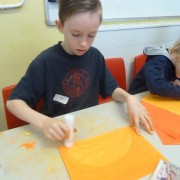 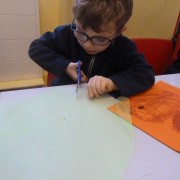 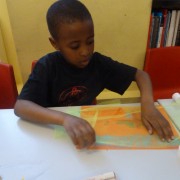 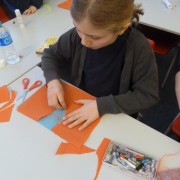 We looked at resurrection.We discussed how Mary went to embalm Jesus’ body but found it missing and compared this to when Lucy and  Susan found Aslan with the mice nibbling at his ropes, and then the table cracks and Aslan disappears. But both Jesus and Aslan reappear unharmed and alive. We filled jars with spices, which would been used to make Jesus smell sweet, then we used special pens to decorate our jars. 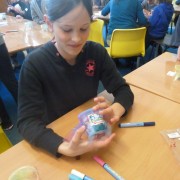 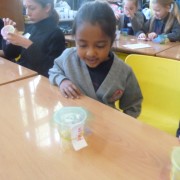 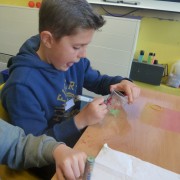 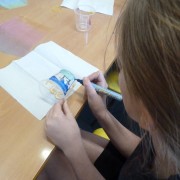