Today Eagles were learning all about Mary Seacole and what it was like to be a nurse back in those times. We looked at modern hospitals of today and compared them with those on the battlefields of the Crimean war. Everyone felt it was very strange that noone in those times knew that dirt was not a good thing and that it caused infections. We all decided that the one thing that had stayed the same was bandages, so we all had ago and putting them on each other. As we did this we tried to name some of our bones…we used rulers as splints! Putting bandages on people wasn’t as easy as we thought it would be! 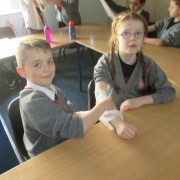 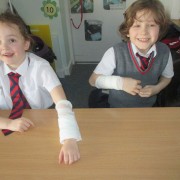 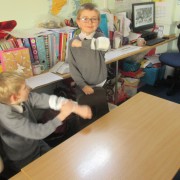 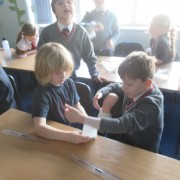 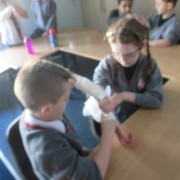 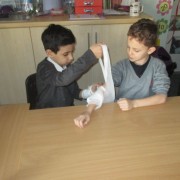 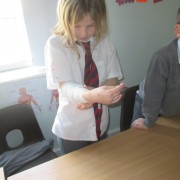 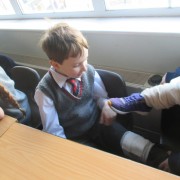 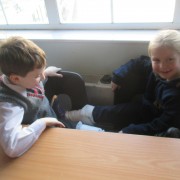 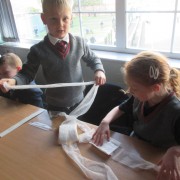 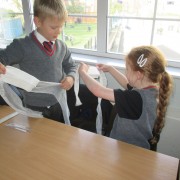 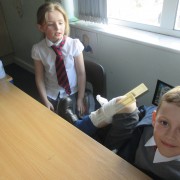 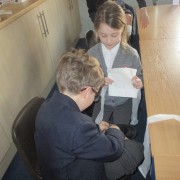 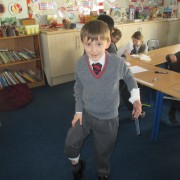 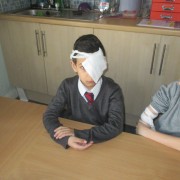 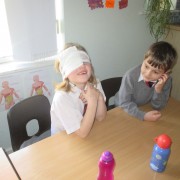 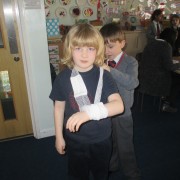