Class Five had the difficult task of deciding which was the best planet in the Solar System today, but they solved the problem in style- by hosting ‘Planet X Factor! during their family worship.

We met all of the planets of the Solar System- including a few heavenly bodies who are definitely NOT planets (sorry Pluto!) and we learnt a lot about them. The Family of the Sun song helped us remember all of the planets.

The Planets’ Suite by Gustav Holst was used for some of the planets to perform dance routines too; they had thought carefully about how the music made them feel and what actions would be appropriate. Most of the planets are named after Roman gods, who all had their own personalities so we used our knowledge of Ancient Rome to inform our dance move choices.

Finally the class performed the famous song I Vow to Thee my Country. This is a very patriotic song which uses one of the melodies from Jupiter’s piece of music. We thought about all of the amazing British people we have learnt about so far this year and celebrated their achievements. A bit of ‘pomp and circumstance’ in the style of Last Night of the Proms was enjoyed by all as we waved flags and let off party poppers to end the worship with a bang! 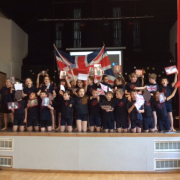 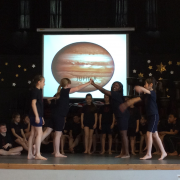 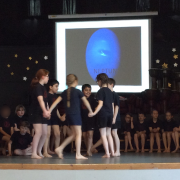 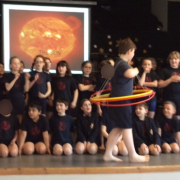 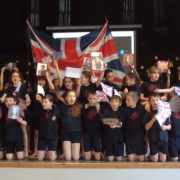