Yr.6 have been studying the book, ‘Kensuke’s Kingdom’ by Michael Morpurgo.  Michael is stranded on an island with a war veteran called Kensuke.  Kensuke teaches Michael to paint on shells using octopus ink.  Yr.6 used ink to represent some of the creatures he would have seen on the island on large clam shells.  Its not easy to paint with ink but some of the results were impressive! 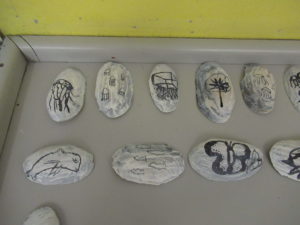 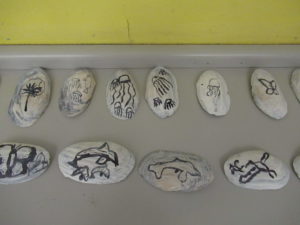 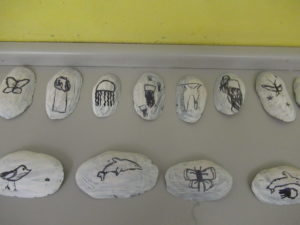 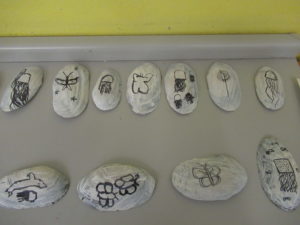 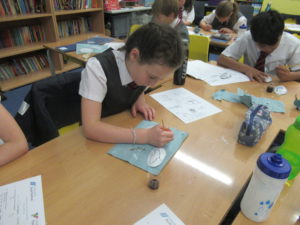 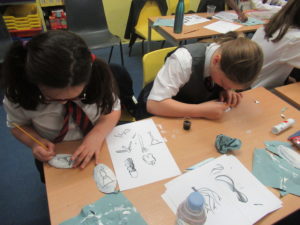 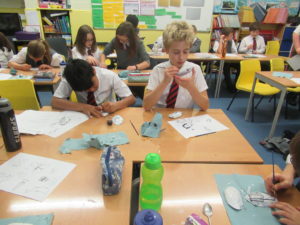 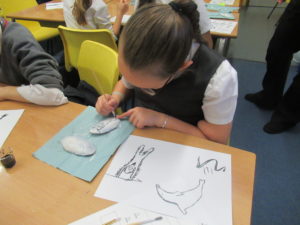 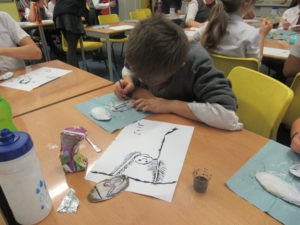 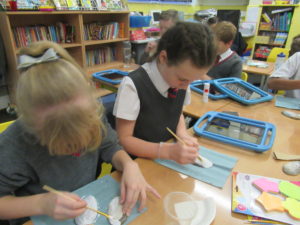 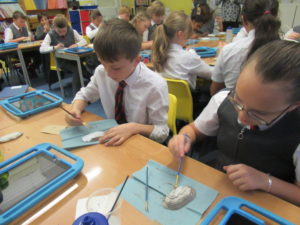 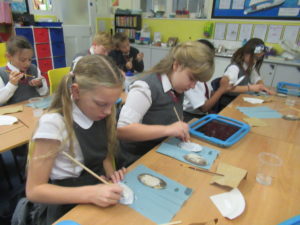 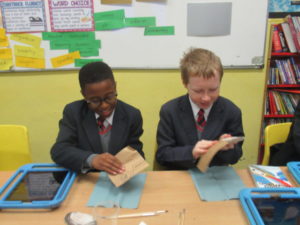 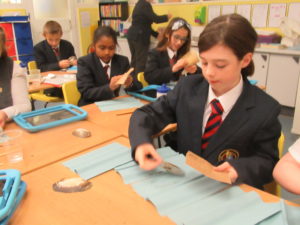 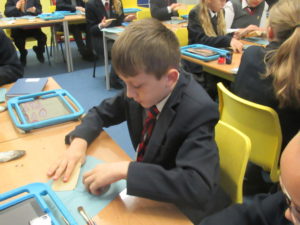 Today in Literacy Year 4 read a myth from Africa about ‘Why Dogs Chase Cars’.…

Congratulations to Reef for coming 1st with time spent learning this week in Year 4,…

This week in social club we made sock puppets. This was a very fun  activity…