Today in worship Mr Brinkley talked about surprises, how some are good and others not so good. He asked for three people to help him, there were lots of hopeful volunteers as everyone had spied the three chocolate Easter eggs on the side. Sat on chairs in front of everyone, the assistants waited in eager anticipation. From behind a chocolate egg, Mr Brinkley produced a real egg as a surprise and cracked it above the first child’s head. The children were definitely surprised, especially when he did it again to the second child. The third child didn’t have an apron so he agreed to swap places, as another surprise this last real egg actually was just an empty shell so there was no mess on Mr Brinkley.

All this exciting activity was to help explain how it was when the people had gone to Jesus’ tomb and were shocked to find it empty, the body was missing. But then later a good surprise Jesus had risen from the dead. At the end Mr Brinkley unwrapped one of the chocolate eggs and showed the children how it was also empty inside and suggested that this will remind everyone that Easter is about Jesus dying and then rising again leaving the tomb empty. 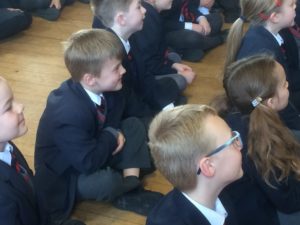 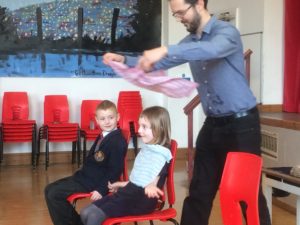 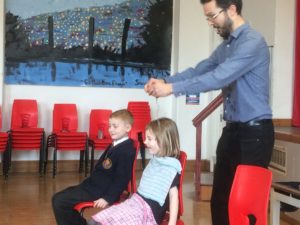 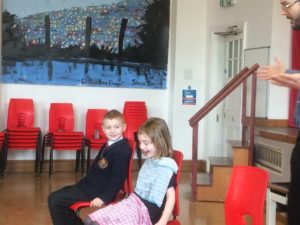 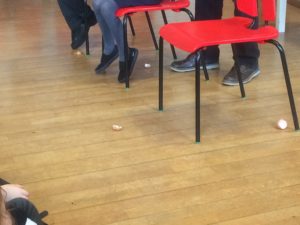 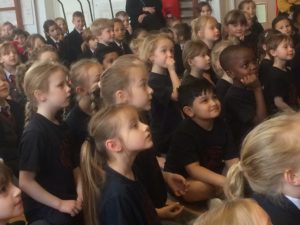 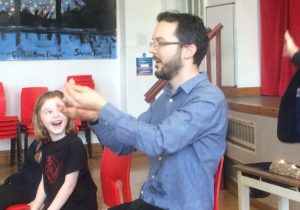 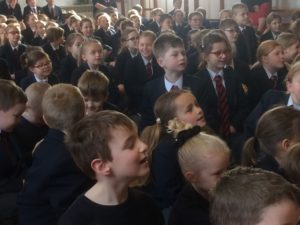 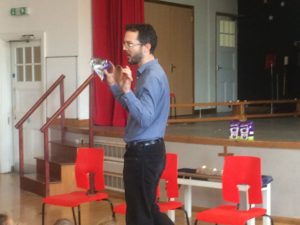 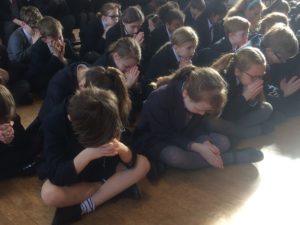 It has been lovely to see  you engaging in our Lent Challenges.  You have created…

Congratulations to Oliver in Yr.4 who has achieved his Novice 'Do More with your Dog'… 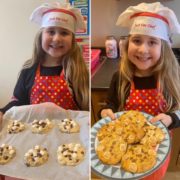 I hope you have all had a lovely half term break. Thank you again for…