I started at St Eanswythe’s C of E Primary School in 1955 aged 5.  The Infants class consisted of about 25-30 children, only 4 or 5 of whom were girls.  My family didn’t know this at the time, but the school’s policy was to move from mixed to become an all-boys school.  This was achieved within about a year of my starting there, but not before I encountered these ‘alien’ beings called girls for the first time.  I have a sister Penny, but she was only 3 then, so these contemporaneous girls were new. One, Susan Flogdell, had her own pencil sharpener which collected the pencil shavings in a small Perspex box.  This struck me as the height of sophistication!  She seemed to sharpen her pencils a lot, apparently oblivious of the fascinated glances in her direction.

Anyway I enjoyed the lessons give by the young female teacher, ad it soon became obvious that I was a natural at arithmetic.  I had been brought up well, so tried to suppress my external signs of boredom during arithmetic classes, but the teacher notice, and put me onto more difficult sus.  I attribute m mental agility with numbers to Dad, who either through nurture or nature or bot instilled in me a lifelong love of numeracy, patters, systems and logic.  To this day I will often factorise 4 r eve 5 digit numbers in my head for the pure joy of it!  A was in demand as a scorer at darts matches, so perhaps my ‘skill’ is inherited.

I was the opposite of ‘street wise’ in those days, and often got the wrong idea.  The C of E  in the school name stands for Church of England; we sometimes went to the nearby Parish Church for a service.  At my very first school assembly I turned to page 123 instead of hymn 123 in my hymn book and struggled to sing the words that obviously everyone else was singing.  Some kindly soul put me out of my embarrassed misery eventually.

The Infants teacher suggested we obtained Savings Accounts at the Savings Bank, and, as I thought she was holding a grey book at the time.  I ended up as the only one with an account in the grey book account, the rest had red book accounts.  This necessitated her making an extra trip every week to deposit my pennies at another bank, but she never complained.  When I was about 8, the savings bank organised a ‘Century of Pennies’ competition.  We all collected pennies going back to the mid nineteenth century, and handed them in.  Victorian pennies were commonplace then, but some from the 1920s and 30s were very rare, so it became quite a task.  I didn’t win, and even worse, didn’t reclaim my pennies by the date required in the small print .  Therefore I suddenly had a new savings account at the TSB with about 7/4d in it.  I resented this ‘deception’ for many years, although about 40 years later I ran the IT testing team for the absorption of TSB into Lloyds Bank.  This ‘what goes around, comes around’ thing has happened so often in my life, I now expect it!

I enjoyed my yeas at St. Eanswythe’s very much.  I moved up through the forms seamlessly.  The second form was run by an elderly lady near or past retirement called Miss Turner.  She later gave me her prayer book, which she had had since 1906.  I still dip into it occasionally today.  Around this time I started to read Famous Five books, which fed my expanding imagination.  A school magazine was started, and I contributed to it, being happiest with my serialised adventure: The Hidden Diamonds. Memories of these years are obscured by time, but I must have been encouraged and for that I’ll always be grateful.  I am always positive to youngsters today, I hope.

Back in the 1950s, rationing was a recent memory and thrift was the norm.  At Christmas, the school had a party and we got jelly and blancmange, but had to bring our own spoons.  My Mother attached my name to my spoon, as she did to all my clothes.  My 1966 raincoat still has my name in it! To this day I am careful with possessions, however minor, and very rarely lose anything.

The third form was overseen by Mr ‘Thunderguts’ Warner.  The only memory I have of him is his supervising my attempt to swim a mile in the big local Folkestone outdoor pool after school. This was 36 lengths (no touching the bottom!) and took me an hour.  I already had a certificate for 25 yards and 440 yards but for some unknown reason, never got the mile certificate.  This rankles to this day, as swimming a mile at age 11 was, to me, a big achievement!  Sadly neither the outdoor pool nor the indoor pool currently exists.

The school’s Headmaster was one Mr J.E. Williams a kindly elderly man who had once been marooned in ‘No man’s land’ at the front for three days in the Great War.  Besides being the Headmaster he also taught the top class and about once a term we were treated to a Great War anecdote.  Mr Williams’ philosophy was ‘Healthy in Body, Healthy in Mind’, and to facilitate this everyone in the school had to learn to swim at least 25 yards.  Most years this would entail the least athletic of the boys desperately doggy-paddling across the indoor pool to a cacophony of shouts of encouragement from 50 or more excited boys.  We all always made it, well for at least 6 years in a row in my time.  During these 6 years the school achieved 50% passes in the 11+ every year.  The national average was 25%.  So his philosophy worked!  I’m not sure what happened to me exactly; I’d probably been ill with whooping cough; but I sat my 11 on my own.  I passed into the top stream of Harvey Grammar, and am eternally grateful I did not slip between the cracks! Nearly every by at the school behaved well, and so there were virtually no discipline issues.  Mr Williams only had occasion to cane a boy once in two years, then it was more a symbolic couple of raps on a hand in front of the fascinated-yet-appalled class.

We went swimming twice a week through the year.  I remember especially the indoor pool’s humid cave like changing rooms and the wonderful cups of hot orange afterwards, heaven for 3D.  I wasn’t the fastest, so concentrated on my style in the breast stroke.  The Annual Gala pitted boy against boy, House against House.  It was a terrible blow when I was forced to pull out of one gala with earache.  I felt I had let the House down.  However the competitive instinct was bred in me; and this has certainly helped and enthused me through my ife.  However I still want to do things to please others, even though it’s often not in y interest (or is it?).

Mr Williams taught us so well that the classroom photograph from 1961 contains 4 boys who went on to Cambridge!  We were Nicholas King, Edmund Major, Ian McCredie and myself. Given that only 2% of children went to University and became students, and only 3% of students to Cambridge, and given that we were a normal state school, 4 boys at Cambridge is a totally incredible statistic and a testament to Mr Williams.  My father gave him a Parker pen when I left, and received a beautifully written thank you in reply.  Seeing what the thank you letter meant to Dad, I have always tried to encourage my son to write them!

My house was St Mary’s.  I rose to the giddy heights of being vice-captain, my first ‘role’.  The house captain was Nicholas King, a friend and excellent musician, who went on to become a renowned church organist.  I think he was at Coventry Cathedral for a while.  He went on to Trinity College, Cambridge, via King’s School Canterbury.  I recently got in touch.  Nicholas had a colourful chess book.  I think that inspired me to take up chess, a sport or game that has given me much joy over a lifetime, and even helped my writing ‘career’, as I’ve written many articles.  Chess has been a creative hobby as well, as I started Lipton’s chess club and ran others.  Thanks Nicholas!  My family discussed the option of me going to King’s when I was 14, but I was against it, and managed well enough at the Harvey Grammar School.

Good work and behaviour was rewarded, invariably unexpectedly.  For reasons still obscure to me, I won the Clarke Cup, ‘for conduct and general proficiency’.  My parents bought me a mini-cup to remember my ‘triumph’. Also unfathomably, I was chosen to plant a tree with Johnny Curran in The Bayle.. I was charged with being responsible for the lifelong welfare of the tree.  I used to worry about this.  The Bayle’s garden and pond are still there 50 years on, but sadly the little tree didn’t make it (nor did the others).  My green credentials do not look good! 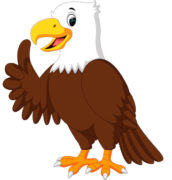